What is irritable bowel syndrome?

Irritable bowel syndrome (IBS) is a functional disorder of the large intestine. 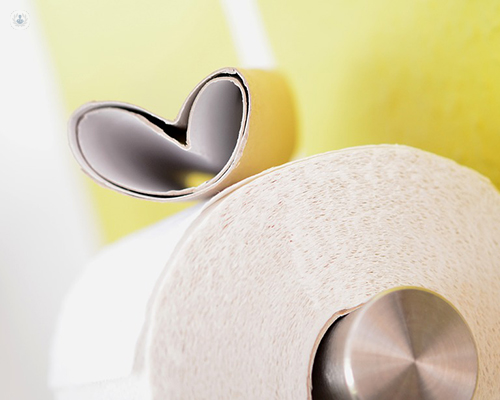 What are the symptoms?

IBS is characterised by abnormal movements in the muscles of the intestine, which cause discomfort and abnormal function, as well as constipation and diarrhoea alternately. IBS can also provoke abdominal pain, gas, bloating and changes in bowel habits.

Irritable bowel syndrome is usually associated with stress-related problems, although it has been shown that stress does not provoke it, but rather increases its effects. The exact causes of IBS are not clear, although it may occur after an intestinal infection.

This condition is often confused with inflammatory bowel disease (IBD) which, unlike IBS, is caused by the abnormal structure of the colon.

Can it be prevented?

IBS is different in everyone and while the condition itself cannot truly be prevented, it can be avoided after diagnosis through certain lifestyle changes and management of the symptoms. For example, if you have IBS, it is not recommended to skip meals or eat later than you usually do, in addition to not rushing meals or eating too quickly. Avoiding spicy foods or ‘trigger’ foods can also help to keep IBS at bay. Many people with IBS prefer to cook their own meals as it means they can fully control what they are eating, thus avoiding triggers.

What is the treatment?

For the diagnosis of irritable bowel syndrome, there is no specific test, but it is necessary for the doctor to rule out other conditions in which symptoms are similar. Therefore your doctor may arrange for blood tests or stool samples to be taken to make sure the right diagnosis is given.

Although there is no cure for IBS once diagnosed, as it is a chronic condition, certain measures can help to alleviate the symptoms:

Any cookies that may not be particularly necessary for the website to function and is used specifically to collect user personal data via analytics, ads, other embedded contents are termed as non-necessary cookies. It is mandatory to procure user consent prior to running these cookies on your website.